As IT leaders, we’re in the business of change. By better understanding human behavior, we can improve the chances that the change we’re implementing will be embraced by everyone in the organization.

Switch: How to Change Things When Change Is Hard, a book by Chip Heath and Dan Heath, presents a simple but compelling approach to change management. They base their approach on the well-researched fact that human beings are driven primarily by emotion when facing and making decisions related to change.

Translating the Switch formula for associations entrenched in major change

The Heath brothers’ “Switch” framework for change has three components:

What may seem like directions for a jungle trek in Thailand is actually an effective approach for motivating team members and users to get on board with your project and for reducing their resistance to change.

The Rider is the rational side of the brain that has a tendency to focus on the negative, for example, problems it has to solve to get things back to “normal.” When change enters the picture, the Rider tends to overanalyze the situation until they’re in a state of overwhelm and "paralysis by analysis." This exhausting mental work often causes the Rider to stop in its tracks.

The Elephant is the emotional side of the brain that likes the abundance of treats in its comfort zone. It’s tough to budge an Elephant out of its comfort zone. During times of change, it’s not unusual for the Elephant to go where it feels like going. The Elephant especially likes seeking opportunities for instant gratification, but will give up easily when the reward isn’t obvious. It’s the Rider’s job to keep the Elephant on the Path. (You can see why this can get tricky.)

The Path is the change project and everything that surrounds it, including people and processes. As the Rider and Elephant work their way down the Path, they encounter obstacles like quicksand, tempting treats, and trip-wires. The Rider and Elephant must work together to get to their destination.

The Heath brothers provide advice for directing the Rider, riding the Elephant, and staying on the Path—advice that will help you manage your project and lessen the resistance to change.

Here’s how you can help the logical side of the brain accept change.

The Rider (rational brain) will notice every problem, bug, and possible hiccup in your project plan. Although some of their observations could be helpful, the Rider’s underlying motivation is one of defense—protecting what’s safe and known.

To counter this negative trend, point out the bright spots of your project’s purpose, plan, and progress. Paint a picture for the Rider of the project’s positive impact. Share success stories of other associations that have implemented the same system. Keep positive momentum building and lessen the impact of any bubbling negativity by celebrating the completion of early milestones. Acknowledge the factors that helped the team overcome the obstacles anticipated by the Rider. Keep positive communication flowing about the project’s progress.

Reduce ambiguity about decisions—a logical brain’s worst nightmare. Develop a clearly defined project charter that outlines what will and won’t be part of the project scope. Anticipate difficult decisions about project scope and discuss the criteria the core team will use to make those decisions.

Anticipate where and when decisions and uncertainty might bog the project down. Decision paralysis is deadly for change because the most familiar path is always the status quo.

Point to the destination.

Discuss the tasks that lie ahead—who will do what and when. Consider developing a RACI matrix that outlines everyone’s role and responsibilities.

Make sure everyone understands where you’re heading—that is, what work will look like when the project is complete. Regularly revisit project goals to remind everyone of their common purpose.

Your change management plan must also appeal to the emotional side of the brain.

Emotions are more motivating than logic—that’s a well-researched fact. What picture of the future can you paint that will appeal to users’ emotions?

For many, your project is a long and overwhelming obstacle course that ends with a big scary change. Break the project and system adoption process down into small, manageable steps that aren’t as daunting. When each of those steps is completed, celebrate the accomplishment with those involved.

After some time, the initial project energy will start to dissipate. To keep the positive motivation and momentum going, display a visual in a common area that celebrates project progress. My colleague Gretchen Steenstra, PMP, once used “99 bottles of beer on the wall” as a project countdown visual.

Build up the ego of team members and users, especially resistors, so they become confident about what lies ahead. Appeal to their identity as a subject matter expert, early adopter, or champion of change—find an identity that fits them now or one they’d like to grow into. Talk about setbacks as being, first and foremost, opportunities to learn and try again with new knowledge.

Once you know how to soothe and motivate the logical and emotional mind of users and team members, you must get them moving forward on the right path.

Make the project journey as easy as possible for participants. Anticipate and remove (or lessen) the influence of any obstacles—those created by team members themselves or by others in the organization, your organization’s cultural norms, or existing technology. Instead, create the conditions that will lead to your project’s success.

For example, if you think department heads will dislike having their staff attending frequent meetings or if project team members themselves are worried about the time involved in project meetings, make it easier for them to say “yes” to the project. Institute a policy of quick, standing meetings.

Humans are social beings. We get cues from others on how to behave and what to do. During the project, keep your finger on the pulse of the crowd. Sentiment can quickly turn against your project if enough people foster negativity and others buy into it. Identify your influencers—both positive and negative—and get them on board.

Those in charge of technology, and technology projects, are leaders of people first. Your plans and processes won’t go anywhere unless you understand how to motivate people—their logical (Rider) and emotional (Elephant) brains—to come along with you on the project Ride. 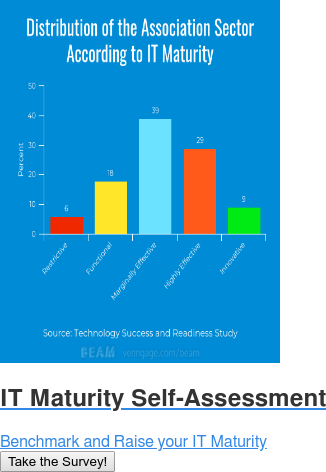