Curiosity in the Pursuit of Culture

Editor’s Note: The following post is a collaboration on culture in the modern association from opposite sides of the world—but not opposite ways of thinking. Co-authored by Robert Barnes, former Director, Aptify (Australasia), and DelCor President Dave Coriale. They address similarities in culture, rather than differences, in an attempt to provoke your own intentional curiosity in the pursuit of culture. Please leave your own thoughts and real-life observations in the comments!

Culture by Design is a worthy pursuit for any organisation suffering at the hands of culture by default.

I propose three pillars of a Culture by Design: in my humble opinion, they are intentionality, authenticity, and relentless execution. The latter is a phrase I adopted from a worthy source—Tristan White, CEO of The Physio Co., named one of Australia's top five places to work. 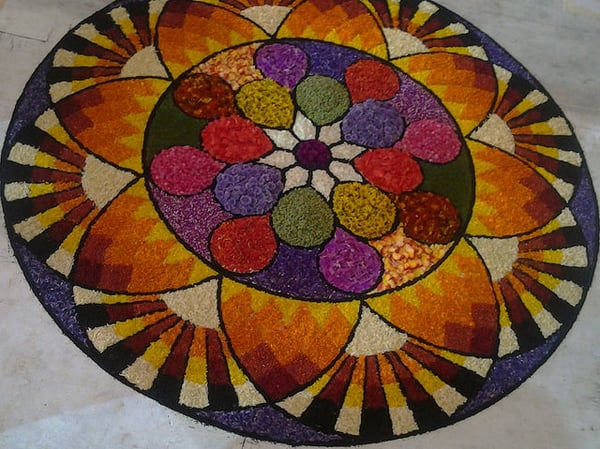 Pondering these pillars again on a recent international flight gave me time to consider—where is curiosity in all of this? For it is curiosity that is first required as the catalyst for inquiry or internal discussions that become the foundation of organisational change.

Let’s not debate if curiosity is an activity, a value, or a feature right now. Suffice to say that in my experience it was my curiosity about how to quantify my association’s culture that led to the intentional work I sought leave to pursue.

It takes curiosity to challenge the WHADITW (‘We have always done it this way’) attitudes prevalent in the modern organisation. It is curiosity that uncovers why employees feel or behave in a particular way in particular situations. Organisational leaders should be curious, more than they perhaps are today, about how the market, the customers, or the industry affects their organisation's success.

If you are over listening to complaints about how the organisation does or does not do things, and why that is the case, then it is being intentionally curious that enables change. And not change for change’s sake—that would not be authentic.

Genuine curiosity is a really great place to kickstart the pursuit of 21st century success. Curiosity helps distinguish what defines the current vibe and why that vibe exists in the first place. Most importantly, it is curiosity that drives the thinking about what is possible—about what the culture of your organisation could feel like with some intentional work on culture by design.

I was curious about this line of thinking so I looked for some input from a trusted advisor, DelCor President Dave Coriale. The following is what Dave writes in response to my enquiry.

What goes into most enterprise system implementations? Technical requirements, security, IEEE standards, specifications, platforms, integration points, performance, reliability, and so on. These, along with business goals, processes, and rules get most of a typical team’s attention. However, we often talk about culture before, during, and after any system design, selection, and implementation.

Culture is never impartial to your project’s success. Culture will either impede or further success. That said, I’ll admit, I don’t often think about culture by design or culture by default because most of the time our interaction with an organization is at a point where culture is set—at least for the duration of  a project.

Personally, I am a fan of Robert’s thinking about sustaining a Culture by Design, his three pillars, and his introduction of curiosity as a catalyst. My thoughts may not be pillar-worthy, but I hope they are consideration-worthy.

For one, I keep thinking about endurance, perhaps a variation of one of Robert’s existing pillars—relentless pursuit. I’ve seen organizations grow tired and fail to continue relentless pursuit long enough to affect their culture. I’ve heard CEOs of large, well-known associations say they were going to change elements of their culture and set out with every intention of doing so. However, as they moved forward they found each intentional, authentic, relentless step forward was met with some form of impedance (remember, culture is never impartial) until the point where their energy gave way.

It reminds me of baby sea turtles making their way from hatching on the protected beach into the great big turbulent sea. Small waves crash against them, pushing them back ashore. Occasionally a big wave comes and leaves them further from their goal or carries them closer—but for some the tiny waves are enough to exhaust their endurance and leave them beached.

And what about the feeling I have when I am curious versus the feeling I have when I want to look for ways to improve something? For me, it’s not the same, there’s room for both. Sometimes you’re curious about something: Why is it ‘this’ way? But sometimes you just want to ameliorate a process or system. You simply want to make it better for the sake of making it better. It’s a different motivation than curiosity. As I said, I think there’s room for both with respect to what might initiate a change to culture by design vs. culture by default.

Other qualities that occurred to me while reading Robert’s thoughts include optimism (vs. pessimism) and courage. They can’t be pillars, because they’re just too obvious. Creating a Culture by Design requires an optimistic and courageous mindset.

Lastly, I thought about the type of leadership necessary for Culture by Design. Recently I read that only 8% of leaders are both good visionaries and executors. The rest are one or the other. This led me to think about the need to ensure the leadership team includes both visionaries as well as executors who will embrace not only the intended culture, but also Robert’s pillars. The leadership team needs to be authentically intentional in their relentless pursuit of a Culture by Design.