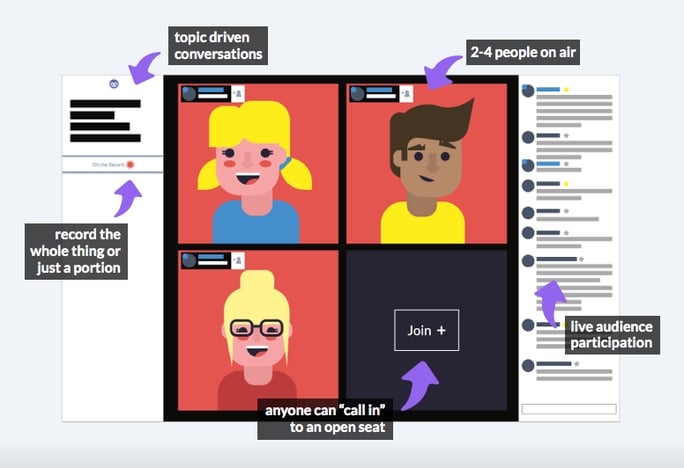 My first foray onto Blab was for Association Chat, an online conversation that association minds have contributed to every Tuesday at 2 PM Eastern for several years. Previously, participants would join the chat on Twitter (or some Twitter-feed tool) and discuss the topic of the week.

A few weeks ago I joined #assnchat only to receive a friendly Tweet from the host, KiKi L’Italien, to join others on Blab. What was this new medium? I had to check it out—especially if I didn’t want to miss the chat!

For the last several weeks the chat has remained on Blab. The good news is that, although video and livestream add to the experience, it’s not a requirement for all participants. (In fact, only a few people can appear on video at a time.) Camera-shy assnchatters can contribute by typing away in the sidebar and following the conversation, the way one might via Twitter.

Intrigued, I started doing some research on Blab, but didn’t see many examples of associations using it yet. When I approached KiKi about doing an interview on potential uses for Blab, we decided what better way to do the interview than on the platform itself?! In a flash, we jumped on Blab and started the live interview. Surprisingly, some familiar and new faces also joined the chat and we ended up with a richer conversation than I could’ve imagined.