Change has the potential to create office drama, and, along with it, a whole range of emotions: anger, loss, angst, stress, relief, joy. You can minimize the drama by preparing for change management challenges.

I had a fascinating conversation with René Shonerd, Managing Director of Technology Initiatives at the American Industrial Hygiene Association, about her approach to change management. She uses a four-frame model based on Reframing Organizations by Lee Bolman and Terrence Deal.

These 4 frames of change management are lenses through which we can understand, prepare for, and respond to resistance to change. So far, we’ve discussed 3 of the frames:

This fourth and final post in the series will discuss how René uses the Symbolic frame. This frame views the organization as a theater – in the classical Greek sense with its rituals and traditions, and catharsis and celebration. 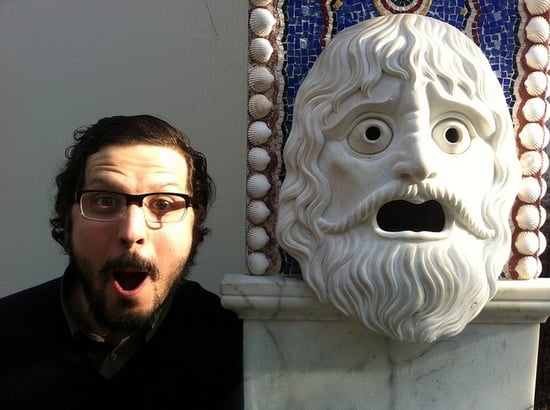 For some people, change is perceived as a personal tragedy. They may have a hard time letting the ways of the past go. When a new system or process is introduced, they may no longer be the go-to person. René recommends honoring, not dismissing, their feelings of loss, and taking steps to make them still feel important and valued by others.

Be aware of the feelings of those who might feel as if their skills and knowledge are no longer valued. For example, in the past everyone might have gone to the membership department’s program assistant to ask her to pull reports from the old database, but now everyone can easily produce the reports they need themselves. Honor the assistant’s knowledge by including her in requirements gathering meetings and asking her to help test the new system, particularly the reports. Don’t shut her out.

Pay attention to language. Project teams often use jargon that others don’t understand. That language becomes a wall between project champions and those on staff who are at-risk for becoming project naysayers.

René says it’s important to create rituals to mark the transition to the new system and the new opportunities it brings the organization. She organized a retirement party to honor an old AMS and, by extension, all those who worked with it. If you sense people are having a hard time letting go, don’t disparage the old system, acknowledge that it served your past needs well, and that now’s the time to adopt a system that will serve the organization and its members well into the future.

Organize an all-staff champagne toast to celebrate the launch of a new system – another idea from René. The underlying message for these visible rituals is: change is here, it’s happening, and it’s time for you to join us and get on board.

Use the 4 frames to reframe.

Try on each of these 4 frames or perspectives when planning your next project and as you progress through the project timeline. Using these 4 frames, you can better understand the needs of the organization and individual staff as well as the structural, social, cultural, and psychological barriers to change.