How associations can dive in to Big Data 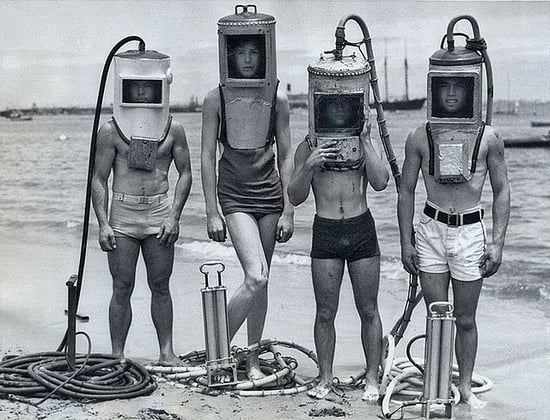 Not so long ago, the only people in associations who were in charge of purchasing or implementing technology were the hardcore geeks who hung out in the server room – the ones who talked about .php, web apps, patches, and other tech gobbledygook.

Ironically, it’s cool to be called a geek now; the geeks are today’s technology leaders. Meanwhile, staff from departments across the association are also leading technology projects. Technology has, in a sense, been democratized.

Data is heading that way too. When articles and conference sessions about “big data” started showing up in association industry magazines and conferences, you could sense a bit of resistance. Association professionals first wanted to get a handle on the “small” data they’d been collecting before taking on the big stuff.

But soon enough, people stopped worrying about the size of data, and started focusing on the impact of data. “Associations are looking at data sets with a different point of view,” says former Vice President of Information Technology at American Gastroenterological Association, Prabhash Shrestha, PMP, CAE. “They’re using data to understand trends, to identify problems, and to figure out why things are happening.”

The perks of deep data dives

“This type of data analysis makes a dent in what we do,” says Prabhash, who is admittedly passionate about data strategy. I wanted to talk to him about his approach to data after hearing about a session he co-presented at the ASAE Technology Conference, Creating a Big Data Strategy with Tactics for Quick Implementation.

Prabhash believes association professionals are more data-driven and strategic than they were 5 years ago. “We’re using predictive analysis now. We’re deciding what action to take based on our analysis of data.”

“Big data” sounds overwhelming, but it doesn’t have to be. Prabhash believes in “analyzing data in place,” instead of corralling it all from separate databases into one hub – a formidable (and often expensive) task for many associations.

He says, “We’re fortunate in 2015 to have data visualization tools, like Tableau, that have the proper API and security in place to access different databases. You don’t have to bring data into one system.”

At his former association, the Association of Fundraising Professionals, his team used Tableau to create 26 different dashboards that pulled real-time data from multiple systems. During the first week of every month, they shared these dashboards with each functional area of the association.

He’s bringing this same approach to the American Gastroenterological Association. “The key is to have a solid partnership between the IT team and each department, so you can assist them in defining the type of data that will help them do things differently and better.”

They started with the IT dashboard, which they shared with senior staff as a warm-up exercise. They’re rolling out an additional dashboard each month. Ultimately, Prabhash projects having about 15 or 16 dashboards, each with 6-8 graphs and charts.

“We’ll continue to have conversations with the different departments as the year goes on to make sure everyone understands what the data is saying and how it can move them closer to their business goals.” Eventually staff will be trained to develop dashboards themselves.

Business intelligence is a hot topic right now, but Prabhash says you need to bring big data down to the practical level, that is, to make big data more human-scaled. “These dashboards will change how my colleagues think and they’ll shed new light on the information we already have,” he says. “They’re the quickest way for IT professionals to become rock star CIOs.”