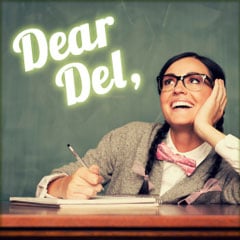 I heard our IT director mention OEM licensing the other day. What is that? I want to sound knowledgeable the next time the subject comes up.

Good question. OEM refers to Original Equipment Manufacturer licenses, which are pre-loaded on the hardware and cannot be transferred, except in the case of a warranty replacement of said equipment. Windows Operating System licenses are sold OEM and since a laptop or desktop cannot be purchased without the operating system, the license is replaced with each piece of new hardware. (This does not apply to server operating systems.)

I’m new to my organization’s software licensing program and am trying to determine what an Open license is and how it compares to a Volume license. Can you help?

There are some special rules that govern Open licenses; for example, each individual user may have rights to install the software on up to 2 machines, such as when an executive has both a laptop and desktop, but needs only 1 license to cover both machines.

Open licenses usually have a minimum purchase requirement; for example, Microsoft requires an initial purchase of 5 licenses (of any program, mix and match).

A Volume license is often confused with what is known as a Site license (a license purchased with unlimited number of users within an organization); a Volume license is actually a bulk purchase of Open licenses. Microsoft does not offer volume discounts for fewer than 500 licenses.

DelCor recommends Open licenses for their transferability. OEM licenses cost a little less, but are disposable.

We are DelCorians, and we're here to help you move your mission forward. Two heads are better than one, so we put all of ours together here—how's that for impact?